Ann Goldberg is a noted Vancouver artist whose work is infused with an artistic exactness supported by her university degrees in mathematics and architecture. Ann has painted her whole life, and gave up architecture a number of years ago to focus full time on her passion for painting.

Primarily concerned with issues of realism and the representation of everyday objects, Ann’s singular focus on the object elevates it from the banality of everyday life. 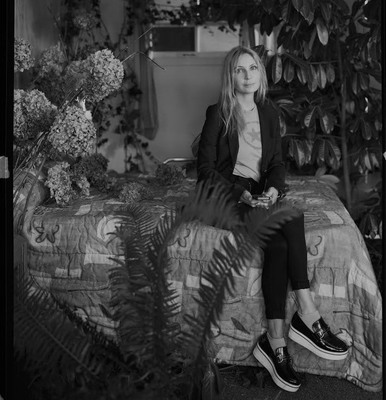 Ann is currently represented by Gibson Fine Art Gallery in Calgary. She served on the board of Arts Umbrella for 5 years. She taught art and architecture at Arts Umbrella, and was the artist in residence at West Point Grey Academy.
Ann's work has been exhibited in over a dozen solo and group shows. Notably, Ann worked with the Bruce Lurie Gallery in Los Angeles and was seen as part of their presence at the Art Hamptons Fair in New York. Ann was also featured in the Photorealism group show in Zaragoza, Spain associated with the European Museum of Modern Art in Barcelona. Most recently Ann's work was a featured piece in the "Large and In Charge" show featuring prominent Canadian Painters at the Whyte Museum of the Canadian Rockies in Banff, Alberta.
Ann's paintings can be found in private and public collections throughout North America and the world.